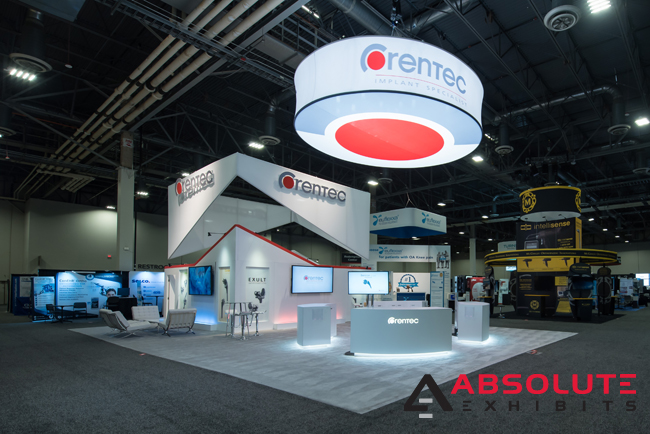 When it comes to standing out among the giants on the trade show floor, it’s important to have the right exhibit signange.  The myriad of exhibit signage available to you can make it confusing to make a decision for your trade show exhibit.  How do you know what’s right for you?  We’ll show you some creative uses of exhibit signage that you can try in your next exhibit:

One of the things that catches people’s eyes on the trade show floor is light.  When you incorporate 3D back lit exhibit signage into your trade show booth, you’re adding a visual stimulus that people respond to.  This can be repeated in a pattern of sorts or it can be used as a focal point in your exhibit.  This increasingly popular exhibit signage trend is popping up on trade show floors across multiple industries and shows no signs of slowing down. 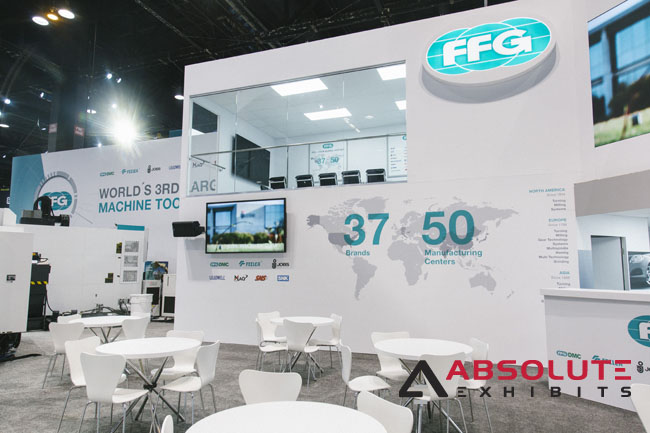 Custom Cut Shapes that Stand Out 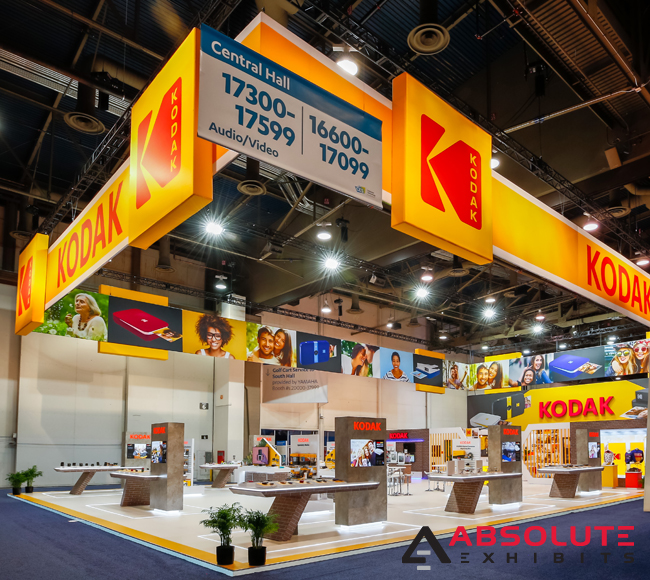 We’ve often thought to ourselves that while overhead fabric exhibit signage is great from a distance, it’s a shame there’s not something extra to draw people’s attention as they’re passing by.  Now there is.  By adding a strip of light to the hanging exhibit signage, it makes the entire exhibit signage stand out more.  Imagine just a tiny strip of light and suddenly, the exhibit signage that tends to sometimes blend into the sea of hanging signs becomes unique and enticing. If you add other unique lighting options to your exhibit, it will all look like a cohesive design intended to draw you into the booth. 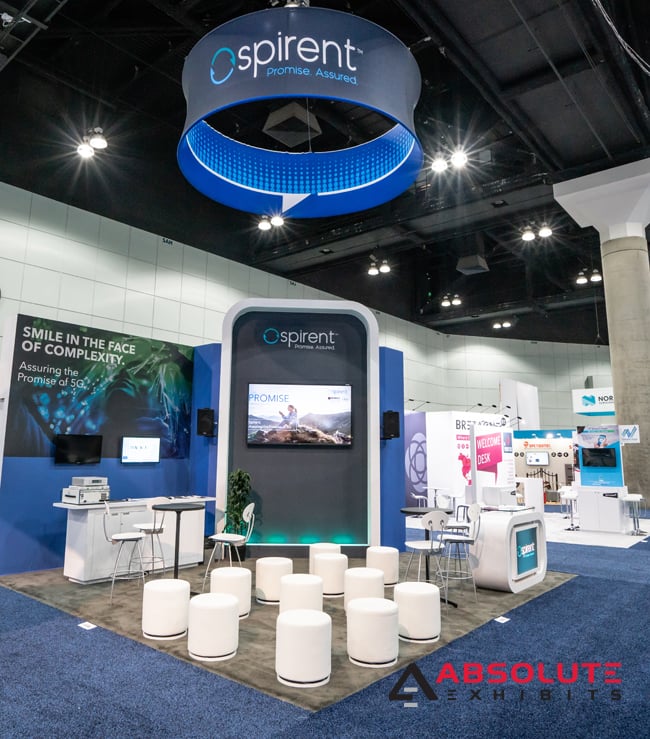 LCD screens are not new to exhibit signage, but how they’re used can be unique and creative.  Consider projecting your brand name and logo on an LCD screen on the floor like one client did at a recent trade show.  This was so creative that people stopped to take a look and figure out what they were looking at.  The end result was massive traffic through the client’s trade show exhibit and a lot of curious people passing their competition without a second look. 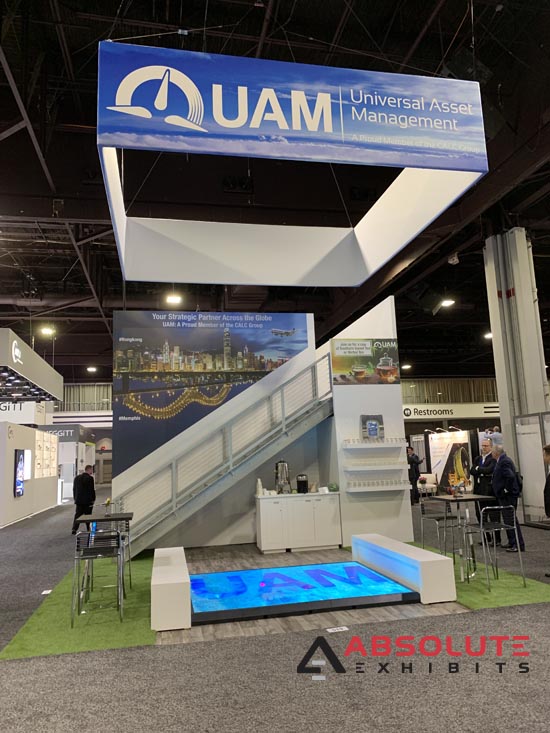 It’s clear that there are many ways in which you can use exhibit signage but with a little creativity, you can make your trade show exhibit stand out from the rest of the trade show floor.  When designing your exhibit, ask your exhibit design house partner for some suggestions to achieve a unique look.