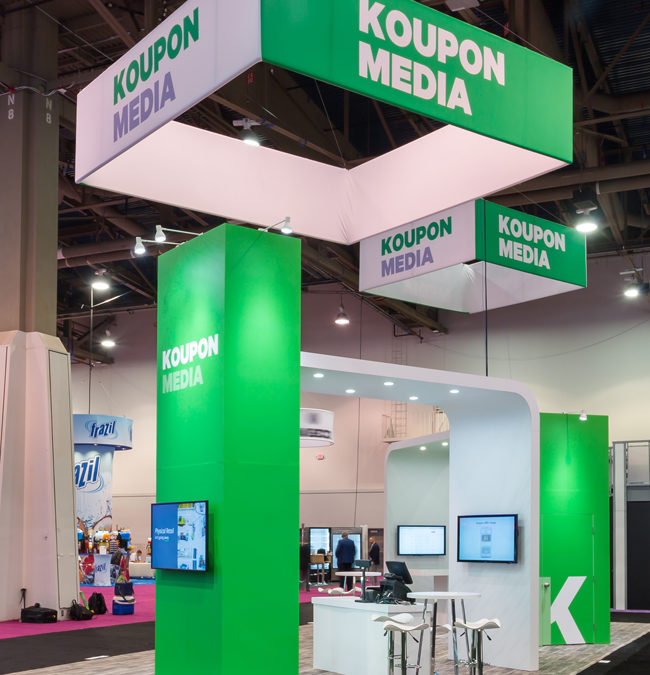 The National Association of Convenience Stores (NACS) hosts an annual trade show and exhibition that rotates between three cities- Las Vegas, Chicago, and Atlanta.  The 2018 NACS Show attracted over 25,000 attendees fueled by a 7% growth in buyers attendance, viewing over 1,250 exhibitors.  Among these exhibitors are sweets, snacks, vape products, advertising media, dispensers, and more.

At NACS show this year, Koupon Media partnered with Absolute Exhibits to produce an 800 sq. ft. trade show exhibit that made a bold statement on the trade show floor.

Koupon Media is the largest promotional network for over 40,000 convenience store retailers.  They launch mobile campaigns to reach over 1,000,000 consumers throughout the US and drive sales.  Koupon Media wanted to give buyers an opportunity to view their campaigns in action and to interact with them on a personal level. 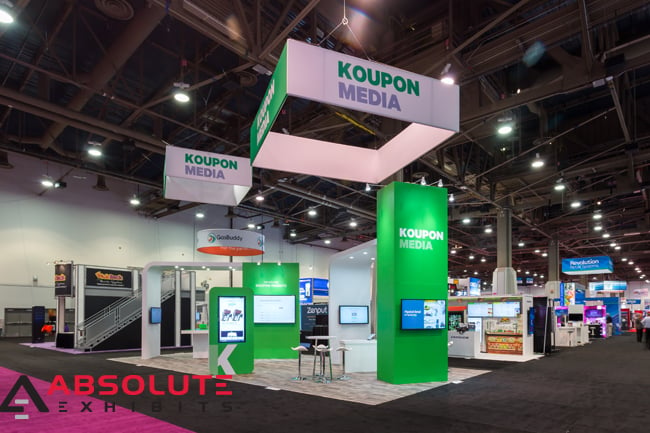 Absolute Exhibits was challenged to create a trade show exhibit at NACS to highlight how their product works and the benefit in a way that would connect with buyers.   They hoped that this would facilitate more meaningful conversations about their product and their campaign capabilities, necessitating some creative use of space to meet.

Absolute Exhibits built a customized trade show exhibit heavy on media with plenty of space to invite buyers in for conversation.  The trade show exhibit itself featured an elegant arch with down lighting that would highlight their beautiful custom back lit table but not compete with their campaign media playing on screens. 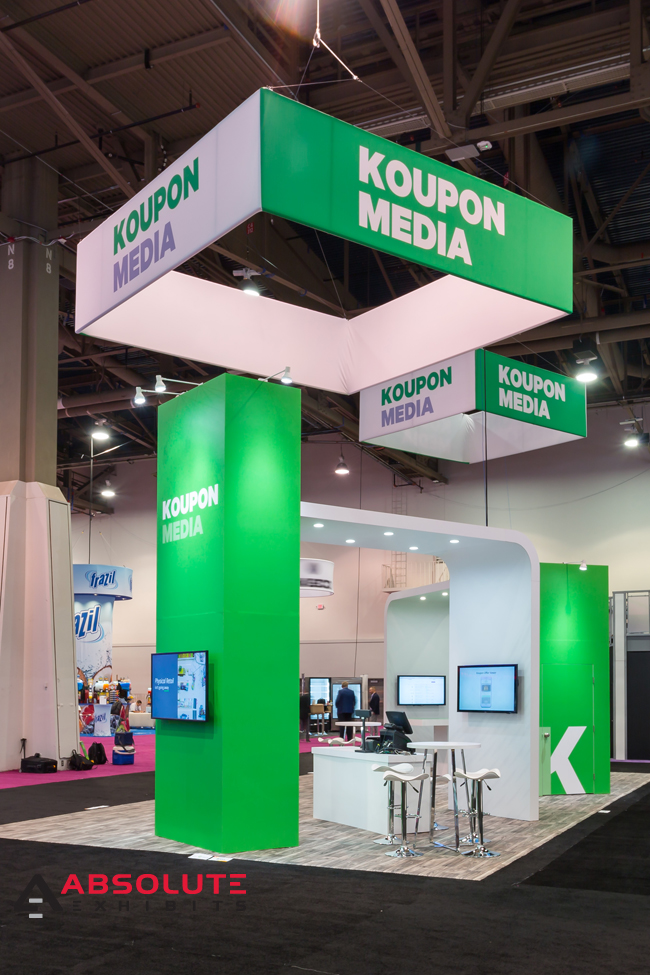 They had a graphic wall that featured their CPG clients and media offerings to convenience store retailers and a custom free standing media wall to entice buyers to come in for conversation.  The trade show exhibit remained open to facilitate the flow of traffic, which they had much of at NACS. Demonstration stations were also placed strategically in order to facilitate one-on-one demos with buyers. 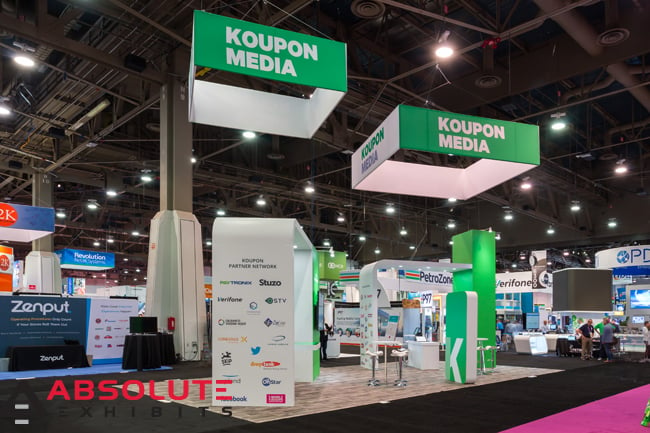 “We had great fun collaborating with our client to create a vibrant space to show off their media capabilities and were very proud that they loved their trade show exhibit so much,” said Senior Account Executive, Kyle Moeller.

Koupon Media was a giant hit on the trade show floor.  They had an exceptional amount of traffic through their trade show exhibit to check out how their targeted campaigns could work for local retailers.

“Working with Absolute Exhibits was a great experience. Together, we were able to conceptualize our exhibit and see it through just as we imagined,”said Alexandra Wall, Director of Marketing for Koupon Media.