How to Use Trade Show Display Visuals to Increase Your ROI 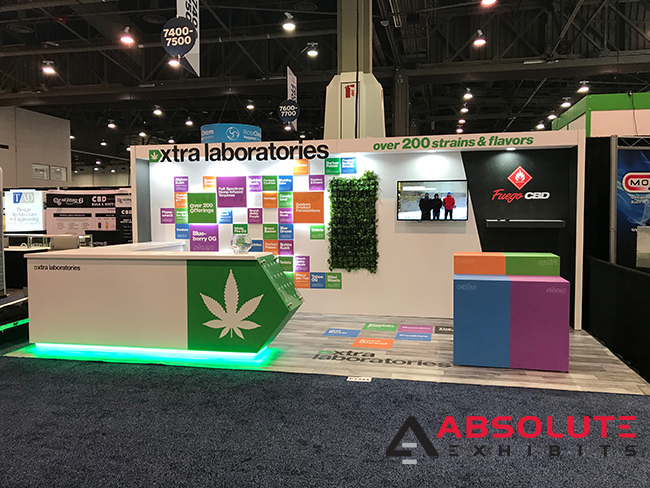 Industry statistics state that companies participating in trade shows generally spend between 20-35% of their overall marketing and sales budget to attend a trade show.  With this kind of money being spent, it’s important that you earn a strong ROI from your exhibition.  One of the strongest ways to help boost that ROI is through the use of your trade show display visuals.  Although we have many senses to perceive the world around us, the sense of sight is still the most important when walking a trade show floor.  With this in mind, try these tips and tricks to use your trade show display visuals to better engage prospects on the show floor:

Light Up Your Products

If your goal is to sell a B2B or B2C product, nobody is going to see it inside your trade show display if you don’t have proper lighting.  If you’re hoping to sell these products, whether at the show or down the road, then you need to put it in lights.  Whether that’s creating an alcove with soft lighting to highlight your products, or literally shining a light on the products themselves, light is a very important part of your trade show display visuals. Companies whose trade show display are dark don’t capture people’s attention as readily as someone whose products are well lit.

Create a Focal Point for Your Trade Show Display Visuals

There’s a reason why certain exhibitors stand out in the crowd.  More often than not, they have a visually interesting focal point.  For many, this comes in the form of signage.  Signage is the easiest way to capture people’s attention with your trade show display visuals.  The reason why is there are so many options to creating a custom structure that excites people.  We’ve created a number of these exciting trade show display visuals such as spiraled hanging signs, signage in the shape of an oversized present, signage in the shape of a neon glowing funnel, and more.  These were all very distinct, but they all had one thing in common- they were excellent trade show display visuals to draw people’s attention.  If attention is what you seek and an opportunity to sell your goods, then consider a focal point that draws people to your trade show booth to find out more. 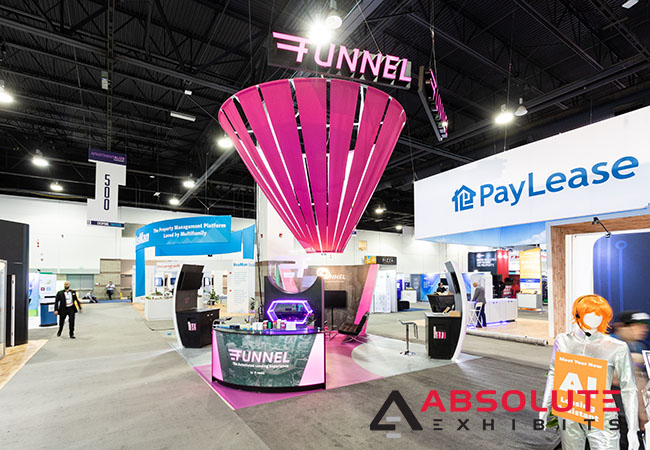 When you’re in the business of designing and fabricating trade show exhibits, you get some strange requests.  Does anyone really think that it’s a good idea to station 18 demonstration kiosks in a 20×20 trade show booth?  If you’re smacking your head right now in confusion, so were we.  This kind of overstuffing your trade show booth actually hinders people’s ability to not only see your trade show display visuals, but their ability to enter into your booth space.  Instead of trying to shove in as many items as possible, focus on the quality of those items as extensions of your trade show display visuals.  They should help people to determine what your goods and services are and pique their interest to learn more, not actively deter them from your products. 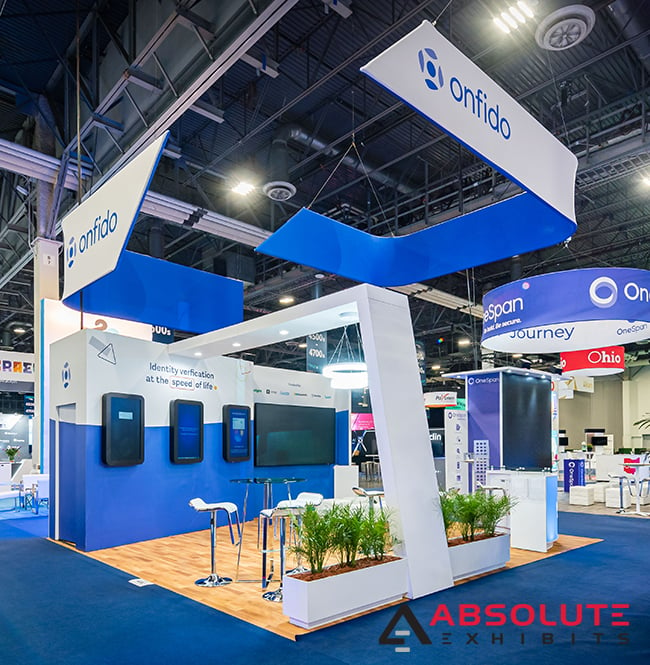 In a sea of white or beige, you know what stands out?  Color. Colorful trade show display visuals stand out in a crowd, distinguishing themselves from the humdrum of muted colors.  Your brand may not include bright colors, but there are many ways in which you can introduce pops of color to your trade show exhibit in order to stand out from the crowd.  This could be in the form of props, colorful messaging, accent lighting, and more.  Colorful exhibits stand out in the crowd so it behooves you to consult with your exhibit house partner how to introduce more of it into your trade show display visuals. 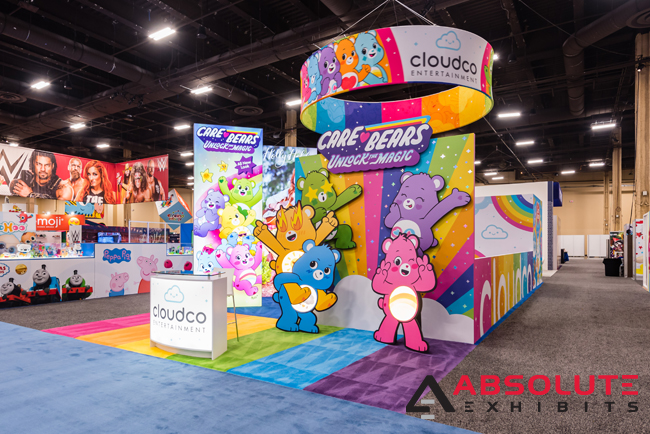 There are many ways in which to improve your ROI at trade shows.  However, when you take a look at an obvious fix, focusing on your visuals is a smart investment of your time.  This can help you to attract more of a crowd to your booth space and even gain more interest in your goods and services. At the end of your show, you should be able to point to a marked increase in ROI by following best practices such as these.